Los Angeles – January 5th, 2012  – Los Angeles based dubstep collective SMOG is teaming up with UK premier dubstep brand GetDarker to release the next installment of their widely popular CD compilation This Is Dubstep 2012.

To celebrate the album release SMOG & GetDarker will take over The Observatory (formerly The Galaxy Theatre) on January 20th with special guests Benga, Katy B, DJ Craze, and Darkside.  Los Angeles lifestyle brand, Media Contender, will also host a second room featuring performances by Thee Mike B & friends. Tickets ($15/$20/$25) will be available online though Groovetickets.com, SmogLa.com, or ObservatoryOC.com

Scroll though photos below 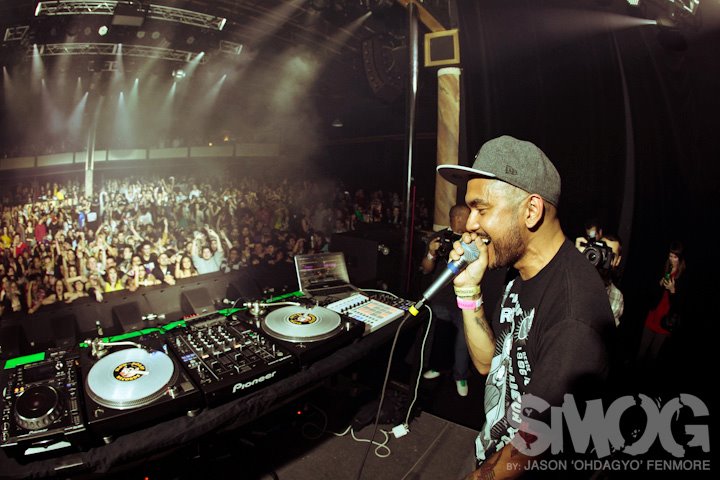 After the huge success of GetDarker’s past This Is Dubstep compilations in the UK they decided it was time to make their mark in North America.  Joining forces with SMOG was a no brainer and after SMOG’s wildly successful 5-Year anniversary party (Skream & 12th Planet), The Observatory team is pleased to host the This Is Dubstep 2012 launch party.

Special guests include BBC Radio 1’s BENGA (commonly billed with Skream and one third of Magnetic Man), KATY B (making her Southern California debut with a UK chart topping album On A Mission and featured on Magnetic Man’s tacks “Perfect Stranger & “Crossover”), DMC world champion DJ CRAZE hot off his busy tour schedule with Yelawolf, and GetDarker’s own label boss DARKSIDE ready to showcase the diverse range of dubstep he’s known for in the UK.

The event takes place at THE OBSERVATORY in Santa Ana on Friday January 20th.  Doors open at 9PM and tickets ($15/$20/$25) are available for those 18+ online though GrooveTickets.com, SmogLA.com, and ObservatoryOC.com

A History of Bass In 100 Tracks So Far… Each week the boys get a friend and fellow DJ on the phone to pick a track they think has influenced the bass music of today. […]

Live footage from This Is Dubstep at East Village. […]